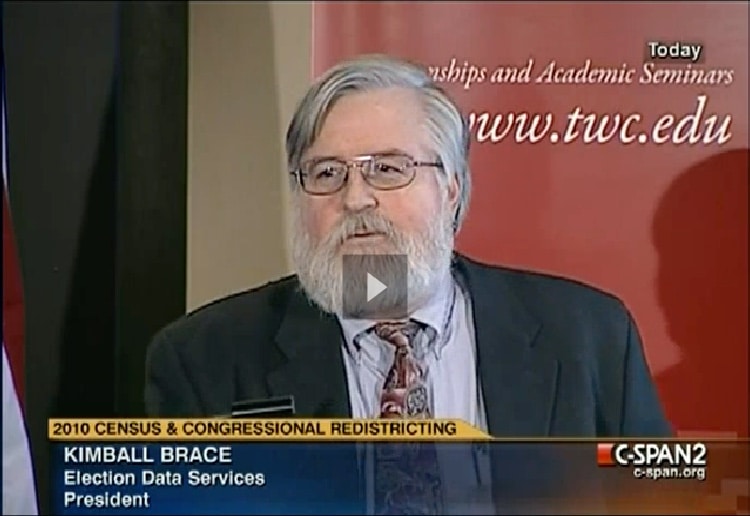 Kimball Brace, president of Election Data Services Inc., is a nationally recognized expert on redistricting, election administration, and the census. Mr. Brace has designed databases and provided technical assistance and strategic advice on the development of redistricting plans by redistricting commissions and state and local legislatures. He has testified as an expert witness in redistricting court cases around the country. Areas of expertise include demographic databases, district compactness and contiguity, racial bloc voting, and communities of interest.

Mr. Brace has also conducted research on voting equipment, voter registration systems, and other issues in election administration. He directed the design and development of several GIS programs, including the PRECIS Precinct Information System and mapping programs for state and local government organizations participating in the Census Redistricting Data Program and the Census Transportation Planning Package (CTTP). In 2004, he was contracted by the United States Election Assistance Commission (EAC) to analyze the results of the 2004 Election Day Survey, a comprehensive survey of election administration practices by some 8,000 state, county, and municipal election organizations.

Mr. Brace is currently a member of the 2010 Census Advisory Committee and maintains affiliations with other organizations, including the American Political Science Association and Association of American Geographers. Prior to founding Election Data Services, Mr. Brace was an associate editor of Election Administration Reports. He is a graduate of American University in Washington, D.C.